As mentioned in my previous post, I wanted to find a way to auto-populate and entity object from the Request.Form collection. I also wanted (as an aside) to see if the grid still worked on MVC Preview 4 (it does). Here is the code:

Notice that this is not an extension on the HtmlHelper since this will only be used inside the controller (hence a controller extension method). Here is how it is used: 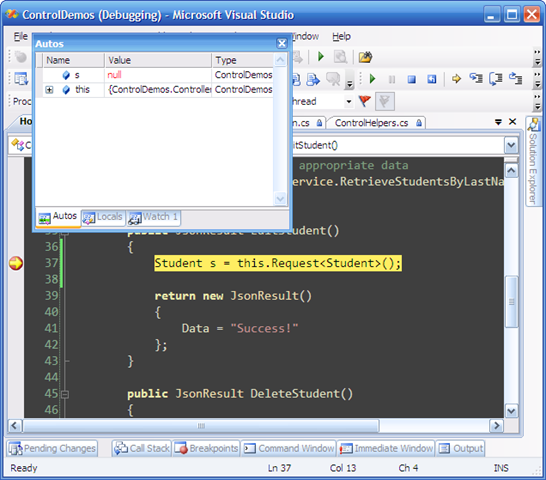 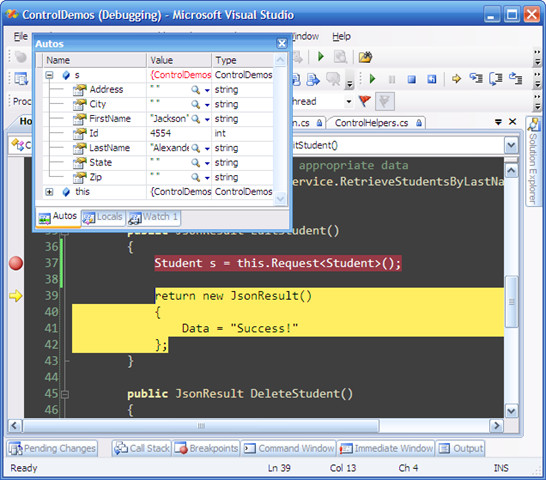 I am continuing to work on the grid (this was a part of it). I just haven’t gotten around to implementing the next thing all the way. The goal again was to have more control over how the grid should be rendered. I am borrowing some of the ideas from the MVCContrib grid but simplifying it a whole lot (for simple users like myself)

I uninstalled preview 3 and then installed preview 4 and shortly after found that VS could not open my preview 3 stuff. Instead of rigging it, I just re-created the MVC part. The Controls assembly (the one with the grid) worked perfectly after correcting the references to the MVC dll’s.